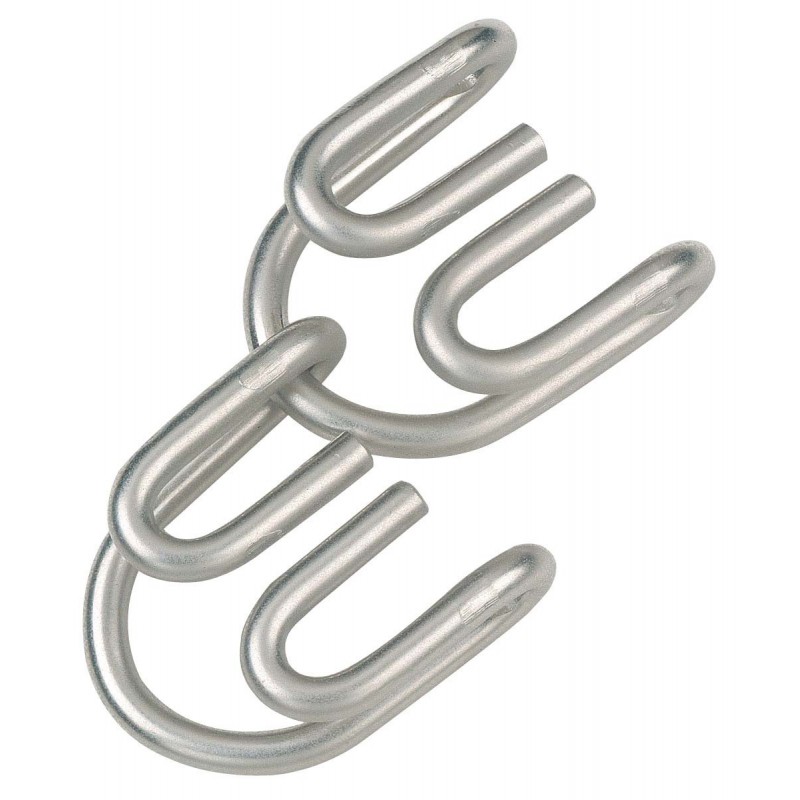 The early 20th century witnessed a kind of puzzle boom, which in 1905 gave birth to an absurdly simple looking puzzle known as the “Devil’s Claws.” We were surprised at how nicely this new version turned out after deciding to revise the original.

Don’t let the smooth looks of this one fool you. Those who let frustration take over often leave this puzzle forever unsolved. Dedicated to the true puzzler!

The key word is “claws.”