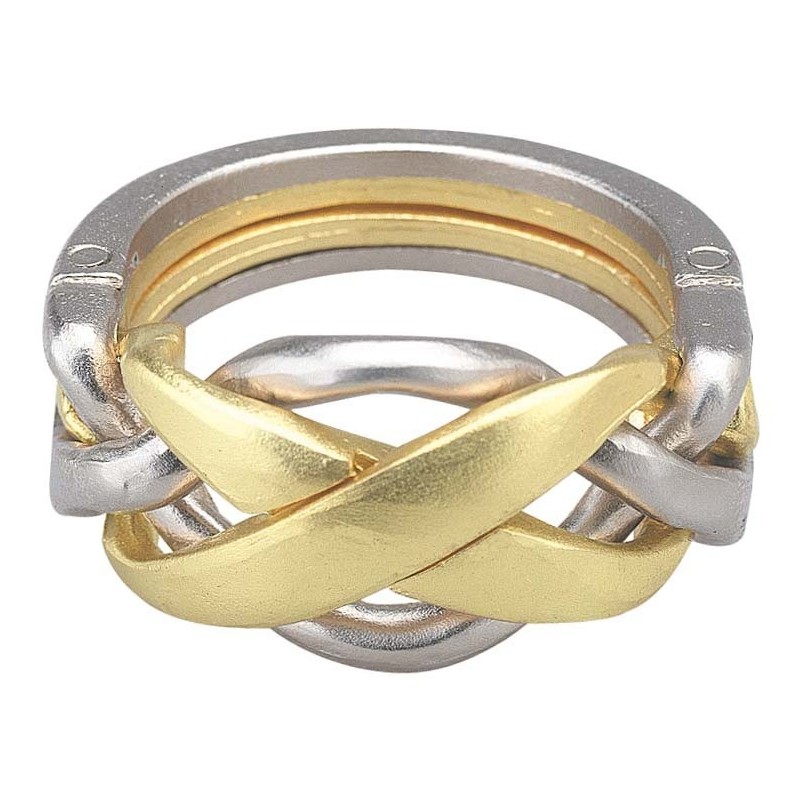 This puzzle is based on an original called the “Puzzle Ring.” Popularized in 15th century Europe, this ring style was actually used for official engagement and marriage rings.

Christian reformist, Martin Luther, was even known to wear one. It is also rumored to prove as evidence of its wearer’s adultery…when it comes apart into pieces.

That’s quite a history contained in this little puzzle.