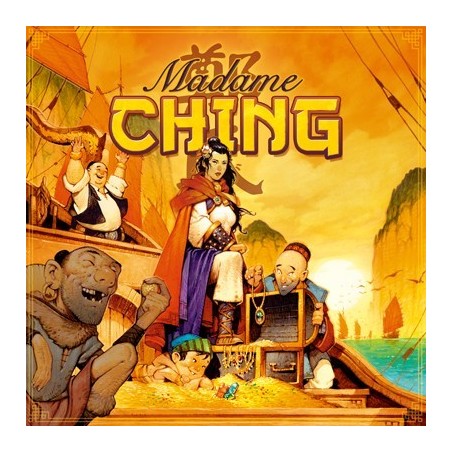 Pirates at sea of China. For all the family.

As a young pirate recently enlisted under the command of Madame Ching Shih, you’ll send your Junk to distant expeditions. You’ll try to pick up new skills as Madame Ching Shih, the most famous and feared of all Asian pirates, only allows the best Navigators to command her ship, the China Pearl. At the same time, you need to bring back large amounts of loot by sinking the Emperor’s ships or by helping fishing villages to free themselves from his influence.

Aim of the game:

To get the most points by accumulating loot and by pulling off the greatest feats!

Rules of the game